In response to the overwhelming popularity of the company’s Hollow Belly Frog released last fall, Zoom Bait Company announces the release of the new Hollow Belly Frog Jr., a smaller version of the groundbreaking soft-bodied topwater. It offers the same great “walk the dog” action and the same high hookup percentage, but in a downsized package that excels when fish are feeding on smaller prey or otherwise a little more finicky.

Frogs continue to play a critical role for tour-level anglers and weekend enthusiasts alike, not only in heavy vegetation, but also throughout a wide range of conditions. When fish are big and active, the original Zoom Hollow Belly Frog, which is 3 ½ inches long and weighs 7/8 ounce, is a key tool, but when the time comes to downsize this new 2-½ inch version should get the call. It still casts like a bullet, and slithers easily over and through the thickest cover.

South Carolina pro Brandon Cobb, a two-time Elite Series champion during his inaugural season on the Bassmaster Elite Series, reiterated that Zoom’s Hollow Belly frog excels because it can be kept in place while moving side to side.

“Both the original Hollow Belly Frog and the new junior size are at their best when fished slowly,” he explained. “They have a third ‘tail’ in between the two skirted legs that provides for a more methodical walking action and makes it easy to walk.”

The Hollow Belly Frog Jr. weighs half an ounce and will come in the same six colors as the larger version. This includes: Black, White, Shad, Leopard, Greenie, and Brownie. 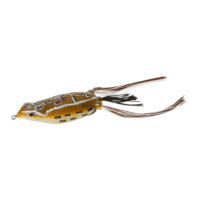 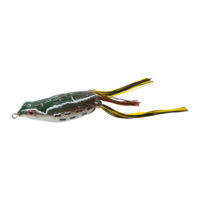 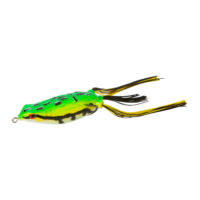 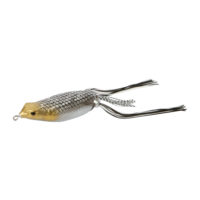 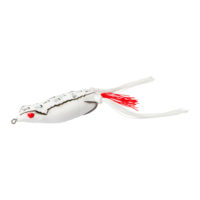 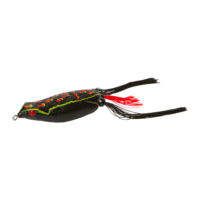