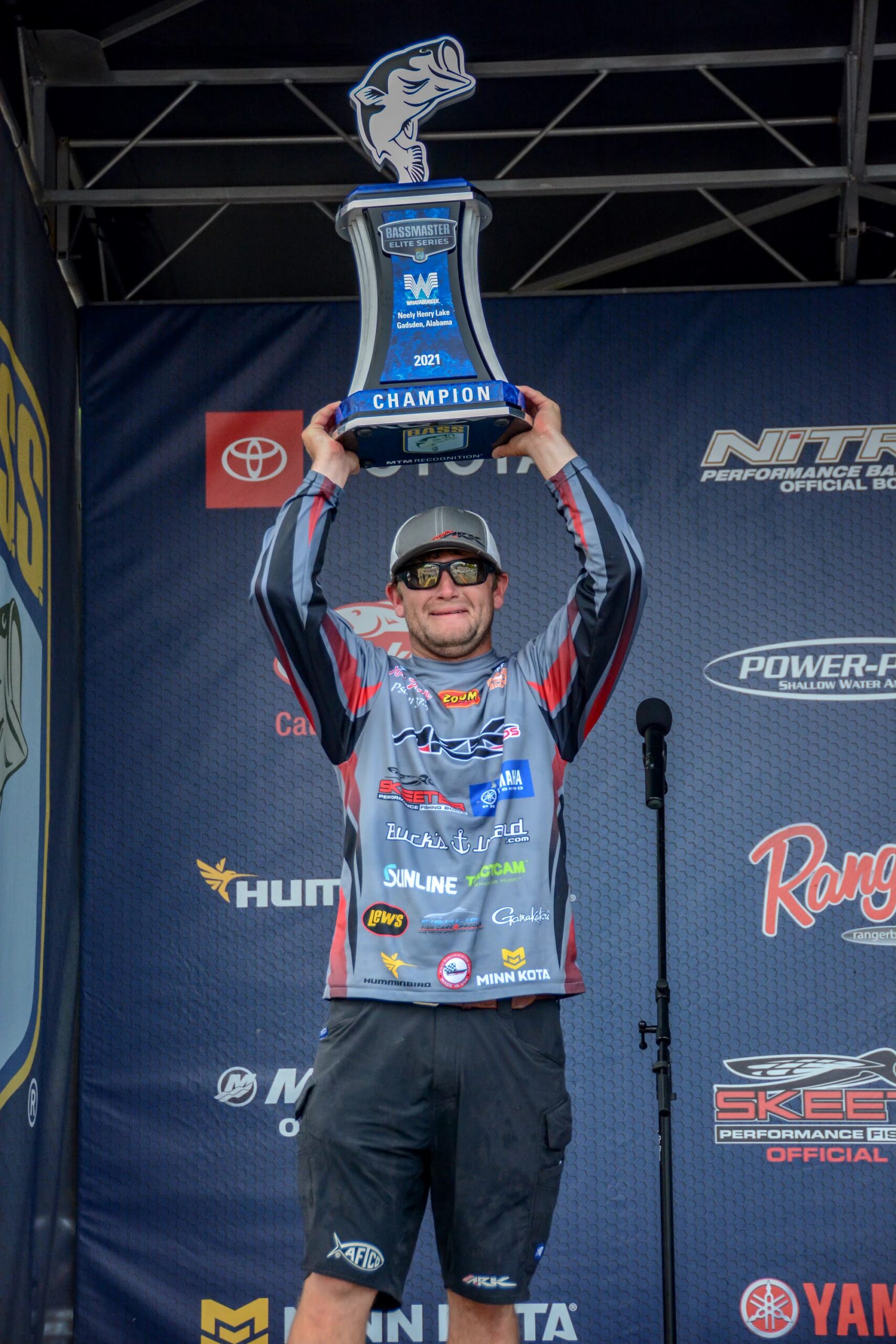 Congratulations to Zoom Pro, Wes Logan, who landed his first Elite Series victory at Neely Henry Lake this past week!  Continue reading below for photos and to learn more about his victory!

Wes Logan said memories came flooding back to him throughout the Whataburger Bassmaster Elite at Neely Henry Lake. That’s bound to happen when you’ve fished a place since you were 5 years old.

Logan now has countless new reasons to think fondly of his home water after claiming the tournament title here on Championship Monday. The 26-year-old from Springville, only a 30-mile drive from the Gadsden City Boat Docks, caught a four-day total of 20 bass weighing 57 pounds, 9 ounces. He capped the competition with a 14-1 limit Monday, the third-heaviest of the day. Logan earned $100,000 for the win, his first in 26 B.A.S.S. events.

Logan peeked silently at the scale while his bass were weighed. When his winning total flashed on screen, he let out a victorious yell and pumped his right fist over his head. Then he hugged Mueller and hoisted his first blue trophy for his home-based fans to see. “I started tournament fishing with my dad when I was 5,” Logan said. “We’d come here, Logan Martin and Weiss … I went into practice trying to not put pressure on myself. I wanted to fish like I’d never seen the place before. I wanted to figure out a pattern.”

Having an open mind, even on water he knows so well, was critical this week. Neely Henry was a difficult read for most of the 98 anglers who started the tournament on Friday, postponed by a day because of heavy rains earlier in the week. Logan started the tournament strongly, putting 14-1 on the board Friday, good enough for ninth place. He caught 12-8 on Day 2, climbing to eighth and surviving the cut to 48. He made his move on Day 3 with the 16-15 haul, pointing to a pair of unusual catches as the turning point. 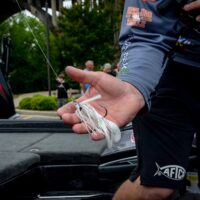 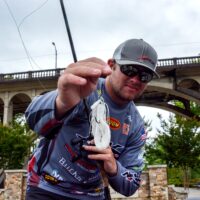 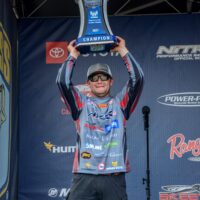 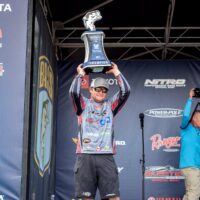