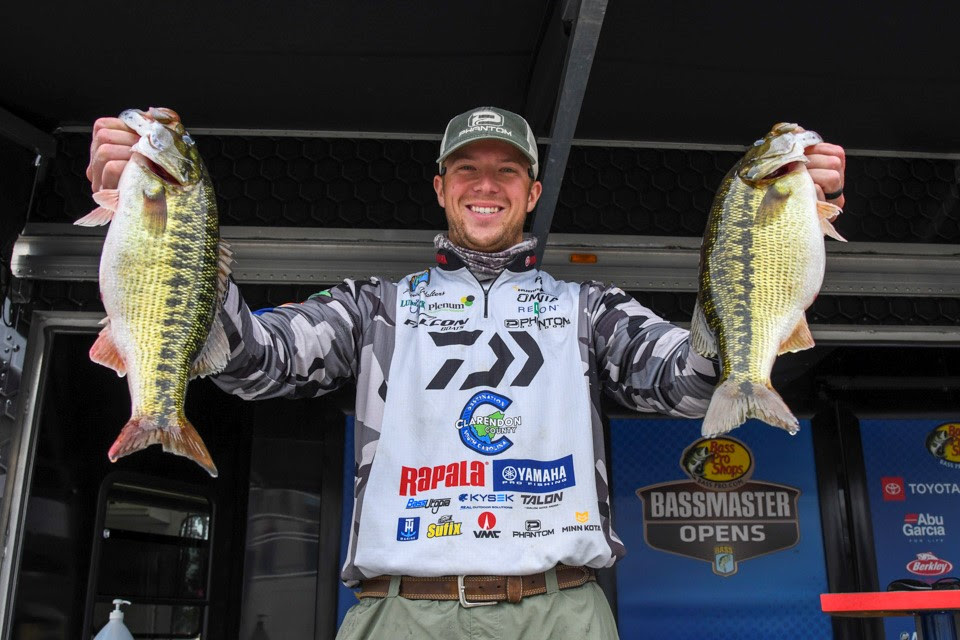 Zoom Bait Company would like to congratulate Patrick Walters on his incredible win on Lake Hartwell! Patrick spent a lot of time using the Zoom Super Fluke along with the Zoom Fluke Stick to secure his win. Read below to find out more!

Making a key bait adjustment, Patrick Walters of Summerville, S.C., sacked up a Championship Friday limit of 13 pounds, 11 ounces, and won the Bassmaster Eastern Open at Lake Hartwell with a three-day total of 44 pounds, 5 ounces.

In keeping with Hartwell tradition, the Bassmaster Elite Series pro spent a lot of time with a Zoom Super Fluke on Days 1 and 2. However, during Friday’s competition, he switched to a Fluke Stick — a 6 1/4-inch stickworm with a deeply forked tail like the Super Fluke.

“I had been throwing the Super Fluke in white pearl on 14-pound line on a baitcaster, but when I switched over to the Fluke Stick in natural shad on a spinning rod, it was lights-out after that,” Walters said. “A little bit of bait profile change showed out this week. It was like they had never seen it.

Walters, who weighed 14-15 and 15-11 the first two days, said a blistering retrieve proved most effective. Hartwell is full of blueback herring, a fast-paced species of baitfish that typically roams open waters. Mimicking the herring’s frantic appearance was the key to tempting bites.

Also important was a highly mobile game plan. Walters spent most of his time on the lake’s lower end because he felt that region held bigger spotted bass and largemouth. Although the latter eluded him Friday, Walters weighed a big largemouth the first two days, including a 4-6 on Day 1.

He targeted a mix of cane piles and long, tapering points. He got his bites in 5 to 15 feet and spent very little time on spots that did not immediately produce.

“I put that trolling motor down 50 times a day,” Walters said. “I was catching 40 fish a day, and I just got blessed enough this week to thankfully take home the trophy.”

“I really didn’t know how this week was going to pan out,” Walters said. “You can’t predict it; you just have to go fishing every single day and fish as hard as you can.

“That Red River definitely solidified that I could do it. But to do it here in Anderson, S.C., on Lake Hartwell, I absolutely love this lake. This means the world to me.”