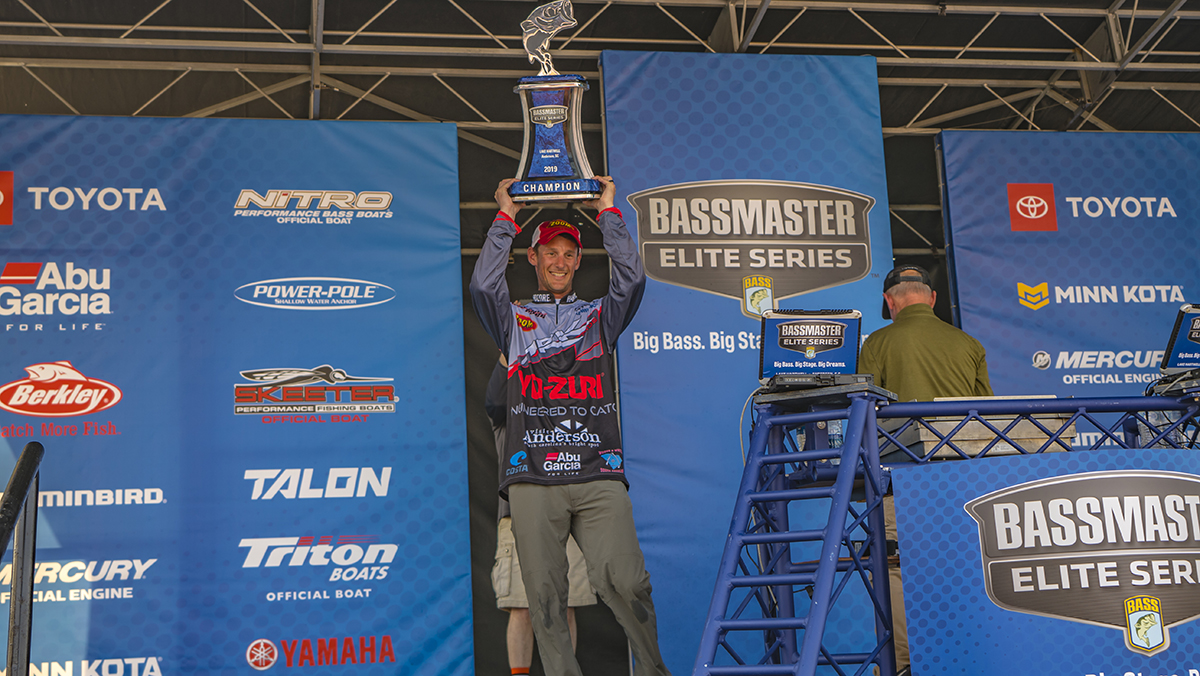 Many anglers have led the first three rounds of a Bassmaster Elite Series event, only to have the title slip through their hands on the final day.

More times than not, pressure was the culprit.

But if South Carolina pro Brandon Cobb felt pressure a single time during this week’s Bassmaster Elite at Lake Hartwell, he certainly hid it well.

Cobb, who lives in nearby Greenwood, S.C., took the lead on Day 1 of the event and never relinquished it, slamming the door on his first Elite Series victory with a final-day catch of 16 pounds, 14 ounces on Championship Sunday. His four-day winning weight of 72-4 earned him a $100,000 paycheck and the iconic blue trophy that goes to every Elite Series winner.

“Staying calm definitely made the difference for me,” said Cobb, who stayed at his own house and made the 50-minute drive to Lake Hartwell each day. “I don’t do well if I get flustered. I start running around a lot, and it just doesn’t go well for me.

“Being on my home lake helped, too. I literally never ran out of places where I felt like I was going to catch one.”

Cobb caught 19-9, 17-8, 18-5 and 16-14 in four days — and he did most of his damage with two baits. He used a green pumpkin Zoom Fluke Stick when he was moving through shallow areas where he thought spawning beds were present and a 1/8-ounce Greenfish Tackle shaky head with a green pumpkin Zoom Trick Worm when he was stopped, fishing for bass he could actually see on bed.

“I was going down spawning areas throwing that Fluke Stick at anything that even looked like a bed, hoping to catch them before I got there,” Cobb said. “If the fish didn’t bite before I got up there, I’d Power-Pole down, pick up a shaky head with a Trick Worm and fish for him until I caught him.”

Unlike many anglers who were forced to…

CLICK HERE TO CONTINUE READING
This article was originally posted on bassmaster.com. 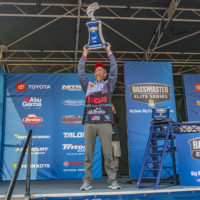 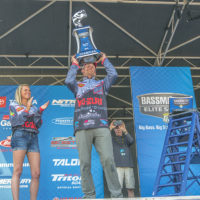 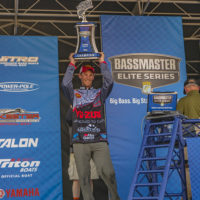 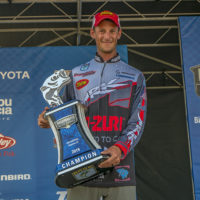 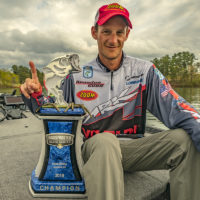 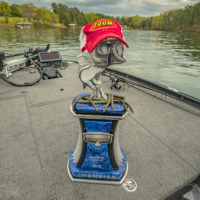