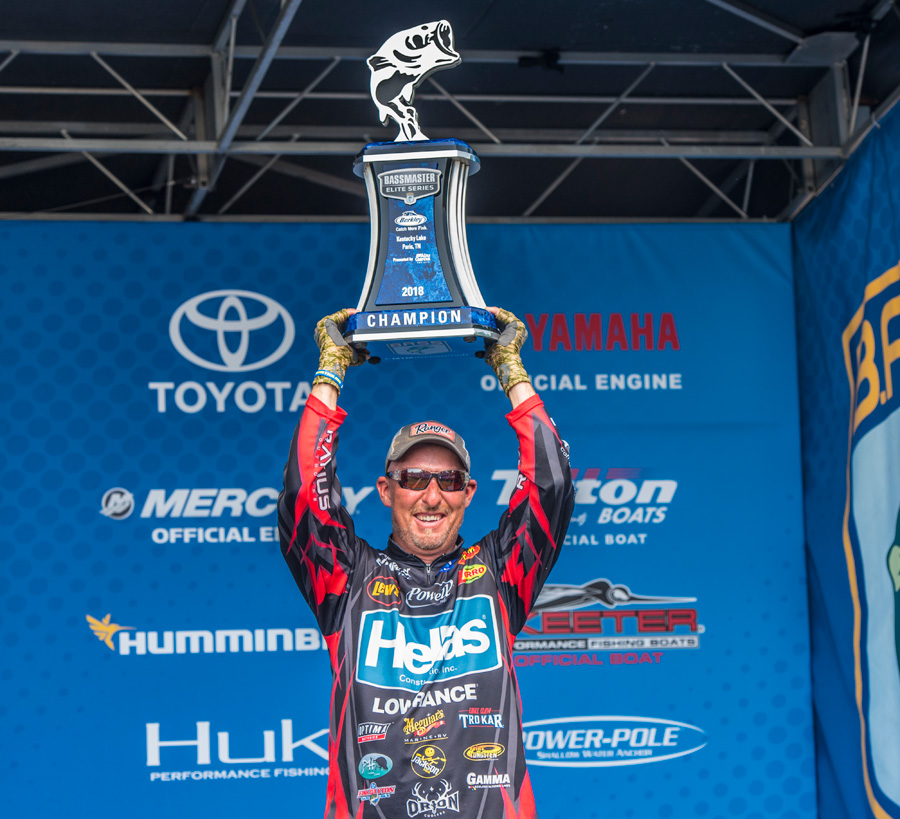 After 17 Forrest Wood Cup appearances and two Bassmaster Classic qualifications, and as he nears the $2 million mark in career winnings, Wesley Strader still just wants to fish. Whether it’s bluegills, catfish, or the bass that pay his mortgage, he said that “the more I fish, the more comfortable I am with my equipment and my mechanics.””

An unusually long break between Elite Series events at Lake Martin and Grand Lake led to an uncharacteristically poor showing at the latter event, but he got things back in gear the following week with a win at Kentucky Lake, his first tour-level win since 2002. That event ended on “Championship Monday,” so he scrambled another 500 miles to Lake Norman, just in time for a brief taste of practice in advance of the second Eastern Open of the year…and he won that one as well.

He attributed his success at both events – and indeed over the course of his career – to his ability to adapt. “It’s just one of those times of year when they’re changing daily,” he said. “I was able to come to a place or a piece of cover and use the bait that fit the situation.” Whereas many big wins come because an angler commits to a single lure, be it a swimbait, a frog or a flipping jig, Strader used soft plastics, spinnerbaits, crankbaits and swimbaits to go back-to-back at B.A.S.S.

The Elite win almost didn’t happen because Strader wasn’t sure whether to leave his longtime home on the FLW Tour. He had the opportunity in the past, and he’d always elected to stay where he was, but so far it has been a happy transition. He likes the no-information rule, which “makes things a more level playing field,” and is especially fond of the smaller field size. With approximately 80 fewer boats in a tour level tournament, when he has a gut feeling he’s “not worried about making a long run and finding a boat sitting there.”

Indeed, that freedom to improvise and trust his gut paid off, particularly at Kentucky Lake, where he had “no worries.”  “I was as relaxed as I could be,” he said. “I was just going to fish.”

“His ascent to the peak of the sport may seem sudden, but the past two weeks have been 20 years in the making.”

The decision to transfer from FLW to the BASS was not simple, but it was made easier by the fact that Strader has a built-in support system at home and on the road, specifically his wife Stephanie. They’ve known each other since she was a junior in high school. Strader calls her “the glue that holds the business together.”

She was a critical decision maker at another key crossroads in his career, when he lost his title sponsor four years ago. At that point, she took over the business side of his career, telling him “You just fish, instead of trying to do three or four different things.” After a career in retail, in which she’d always tried to sell “tangible things,” she found it easy to transition to “selling Wesley’s dream,” explaining that marketing one leads to an easy transition to the other. 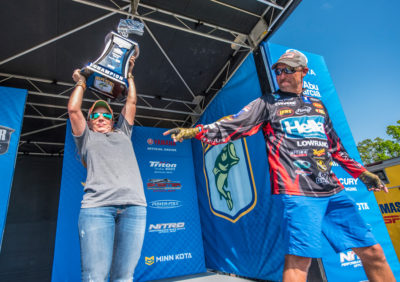 Of course, the risk to put all of their eggs in the fishing basket was one in a series of winning bets that Stephanie put on her husband. She met him when she was a junior in high school, and while “I always knew he fished,” when he expressed an interest in doing it full time rather than “working all week and collecting a check on Friday,” she figured they “were going to starve to death.”

Now, after experiencing all of the highs and lows the sports has to offer, both figure they are in a better position to appreciate the victory than they would’ve been even six or eight years ago.”

“I don’t feel like I’m a wife just traveling around in the passenger seat,” Stephanie said. “This sport is hard on families. You roll the dice.”

Of course, with over $150,000 added to their collective pocketbook over the past two weeks, the two have differed slightly on what to do with the financial windfall. Stephanie suggested maybe they should pay their house off, but Wesley had other ideas.

“I told her I want to cash it out, spread it out on the bed and dive in naked, but she didn’t go for that,” he said.

While ultimately Strader is responsible for making the winning decisions, and putting the fish in the boat, he relies on his equipment to be flawless at every event. The difference between winning and second place – or even winning and missing the cut – is often minute, so there’s no room for error or for subpar gear. Accordingly, he said he has at least one Zoom product tied on and on the deck during every tournament. 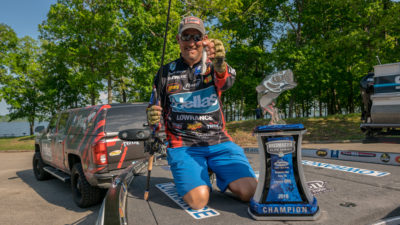 “They’ve been on the Strader train for a long time,” he said. “If they haven’t sponsored me my whole career, it has been at least 18 of the 20 years.” Actually, Zoom has been a mainstay in his boat since long before that. As a young angler of limited means, he used to visit Jerry’s Tackle Shop in Tennessee to get his gear, and while they often had to extend him store credit to get what he wanted, he never settled for just single packs of everything. “I’d get the 100 count bags of Zoom six-inch lizards,” he said. They were an integral part of his success then as they are now.

While occasionally he does have to use a specialty item or a specific color from another manufacturer, he likes the fact the Zoom lineup is broad enough to help him with techniques as varied as dropshotting, flipping mats and winding swimbaits, among others. A Zoom Swimmer played a key role at Norman. A white Z Craw produced some important fish at Kentucky Lake. A Zoom Split tail trailer was on his spinnerbait at both venues. It’s a small detail, but one he said he’s certain made a difference.

“The split tail just gives it a little more pulsing action,” he explained. “I seem to get more bites with it than I do without it and I rarely ever fish a spinnerbait without one.”

Other Zoom products that have contributed mightily to Team Strader’s bottom line include the Big Salty Chunk, the Z Hog and the Ultra Vibe Speed Craw.

One sad note surrounding Strader’s victories is they bookmarked the death of Zoom founder Ed Chambers. While Strader has yet to have a full opportunity to reflect on what Chambers meant to his career, he has only fond memories.

“I remember him from the Jerry Rhyne (tournament circuit) days,” he said. “He didn’t meet any strangers and he always talked to me even when I wasn’t catching them.”

Next up for the Straders is a long haul to Lake Travis in Central Texas, where they will attempt to “threepeat.” While many of us, even professional anglers, would wince at the idea of a 16-hr drive and then six or seven more days of fishing directly on the heels of two packed and emotional wins, Strader welcomes the rapid succession of events. 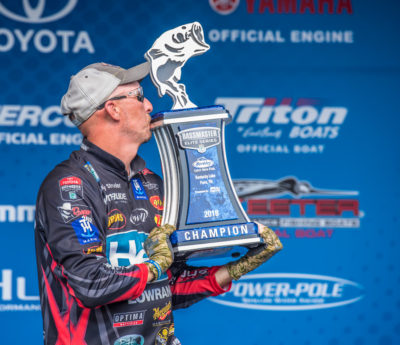 One event on the horizon he hasn’t had time to think about is the 2019 Classic, which will be held in Knoxville, Tennessee on the Tennessee River. With the elimination of “win and you’re in,” he hasn’t clinched a spot yet, but it’s something he’d dearly like the achieve.

“I cut my teeth on that lake,” he said. “It would be something special to compete there in front of my friends and family.”

Right now, though, he just wants to capture the next fish that swims in front of him. He laughed when recounting annual offshore trips from Venice, Louisiana where his friends focused exclusively on yellowfin tuna and other big game, while he tried to catch everything with fins that he could locate.

His ascent to the peak of the sport may seem sudden, but the past two weeks have been 20 years in the making, and Strader feels he has the right team to keep the momentum alive.

Check out some additional photos of Team Strader from the Kentucky Lake & Lake Norman events: 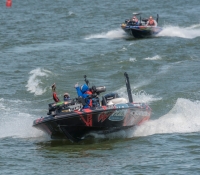 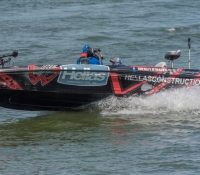 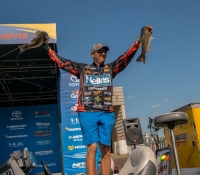 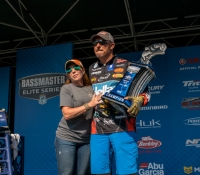 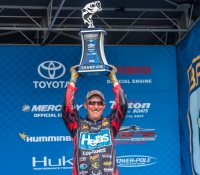 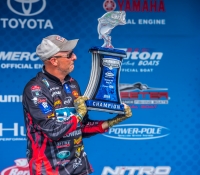 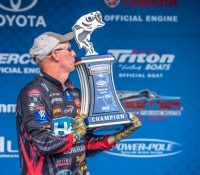 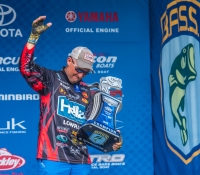 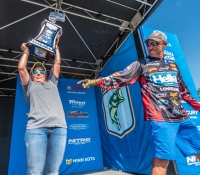 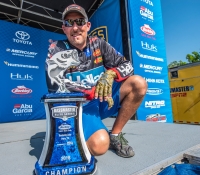 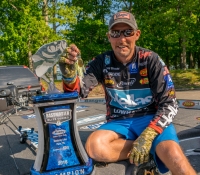 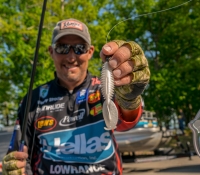 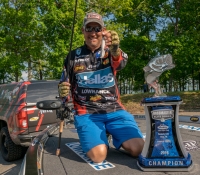 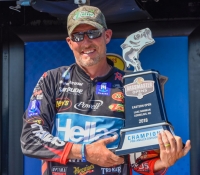 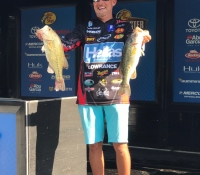 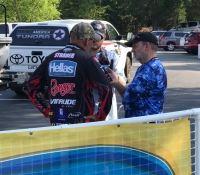 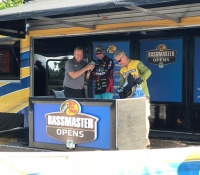 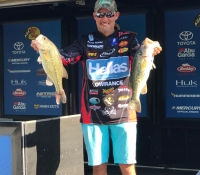 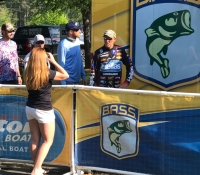