Death of a Titan 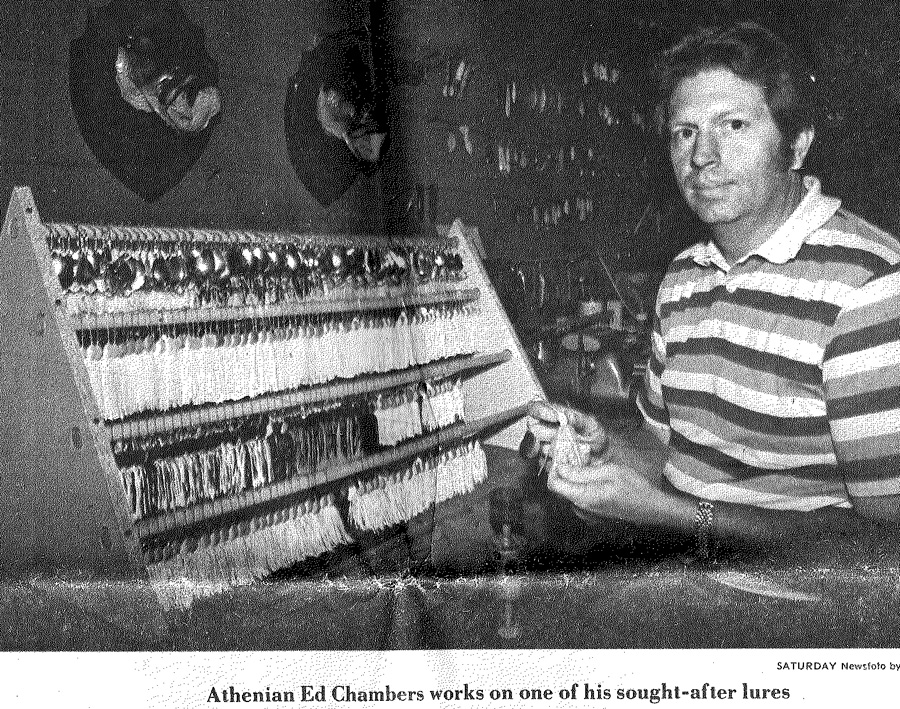 A giant of our industry died Tuesday. Ed Chambers, the founder and owner of Zoom Bait Company, was 78 years old.

It’s been about four years since I last saw Mr. Chambers, and about 15 years more since I saw him before that. Tucked away in Bogart, Georgia, Zoom was not a place you visited by accident or an area you just happened to be passing through.

I certainly didn’t know Mr. Chambers very well, but when I spent some time with him or considered the way that he did business, I liked him and was very impressed. He was a Southern gentleman, a fisherman, a designer and a genius.

The City of Athens and the University of Georgia are just up the road from Bogart. That’s where I went to college and law school. It was the early and mid 1980s, and Zoom was just starting to get noticed. Unless you lived or fished within a hundred or so miles of the Athens area, you probably hadn’t heard of Zoom back then.

The big tackle store in Athens at that time was a place called Franklin Sports. They had all manner of fishing and hunting gear, and in the days before the internet or big box outdoor shops, I thought Franklin’s was quite something.

And the best part of Franklin’s for a bass-loving kid without much money was a very narrow band of pegboard space dedicated to Zoom. If the shop was still open today, I could take you straight to it even now. We’d walk straight in and head toward the back of the store. Halfway back in the main room, on the right, just below chest level was the tiny spot where Zoom started for me.

The whole area dedicated to Zoom was maybe four square feet of peg space, but it had the right stuff if you were interested in catching a bass.

At that time, you never knew what you were going to find in that little area. Yes, there would always be plastic worms, but I also remember some hard baits and at least a brief run of spinnerbaits. Mr. Chambers had many talents, and Zoom was still finding its way. It would be years before they began to dominate the soft plastic industry.

Somewhere along the way, he designed the iconic Zoom packaging — red with one of the best slogans in fishing: “Bass love ‘em.” Truer words….

Many years ago, I asked him about the logo and packaging. I don’t know if his answer was serious or apocryphal, but he told me, “We were right there near the University of Georgia. Red ink was cheap in Athens!”

If true, it was a happy coincidence … and not the first for him or Zoom.

A few years later, when I was out of school, I learned I could trade a few bags of Zoom worms to my bass fishing acquaintances in California for high-end hand-pours. They knew about the baits out there even before they could get them. 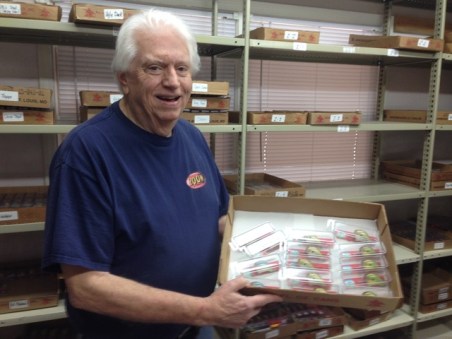 But Zoom’s greatest development was another of those happy coincidences that always seem to strike the most talented, innovative and hard-working among us. Zoom helped to popularize a lot of great colors through the years, but along about the late ’80s, they were running a batch of watermelon lures in their injection molds and had to switch over to pumpkin for the next run.

That first batch after you change colors in an injection mold winds up being a mix of the two, usually a Frankenstein mess that’s discarded and forgotten. But the mix of watermelon and pumpkin was different. It looked “good,” so Chambers and a few of his employees decided to give it a try. “Green Pumpkin” was born, and it has dominated the bass industry ever since. In fact, the majority of soft plastics poured by Zoom and most other soft plastics manufacturers these days are some variation of that hue.

In more recent years, Mr. Chambers devoted most of his time to making crankbaits and topwater prop baits in the several outbuildings behind his home. These lures are highly coveted by top tournament pros, and I have a boxful that will never get wet. A couple of them are signed, and they are all treasures to me and mementos of the last time I saw the genius in his element.

Despite all the accomplishments and success, you won’t find Mr. Chambers in the several fishing “halls of fame.” It’s not because his contributions haven’t been noticed; it’s because he didn’t care about the spotlight and because the halls are lacking in intelligence and integrity.

Mr. Chambers did not promote himself, and he didn’t need to promote Zoom. I have no idea how many years it’s been since Zoom had a booth at ICAST or AFTMA, but it’s a lot. And the money Zoom has spent on conventional advertising through the years would be a fraction of what a company half its size spends in one season.

Mr. Chambers was a modest, unassuming man. The halls of fame typically will not induct an individual unless he agrees to show up for the ceremony, pay for a table full of guests and generally help them to build an audience and fill their coffers. Mr. Chambers didn’t play that game, but now that he’s gone you can expect the halls to leap into action and induct him in the next year or so. Just watch.

No matter. They lack the gravitas to honor a man who made such an immeasurable impact. He (and others) need an entirely different institution if they’re to be properly recognized.

A month or so ago, I assigned a writer to do a profile of Mr. Chambers and Zoom. He reached out to no avail.

Now we know why. Mr. Chambers had become very ill — something called Mantle Cell Lymphoma — and the illness ultimately took his life.

I regret that you won’t get that story in FTR. It’s certainly one worth telling.

On the day Mr. Chambers died, I found myself in a tackle shop wandering through the baits and looking for something new and interesting. It reminded me of those days at Franklin Sports when everything from Zoom fit that description so perfectly — new and interesting.

In my garage, I have hundreds of bags of Zoom baits, and most of them are green pumpkin. But partly for old time’s sake and partly because I’ve caught more bass on them than any other lure, I bought a couple of bags of green pumpkin Trick Worms.

CLICK HERE FOR ORIGINAL ARTICLE
This article was originally posted on FishingTackleRetailer.com.