Less than two months shy of his 30th birthday, Brandon Palaniuk overcame a tough start to his 2017 campaign to rally back in unprecedented fashion and claim the most difficult title in professional bass fishing, the Bassmaster Elite Series Angler of the Year award. The Idaho pro started the season at Tennessee’s Cherokee Lake with a solid 12th place finish. Then, shortly thereafter he suffered the worst result of his Elite Series career – finishing 105th at Lake Okeechobee in Florida. Previously, the lowest finish an angler had ever experienced and still claimed AOY occurred when Aaron Martens ended up 85th at the Sabine River and then rallied. No one thought it was possible to do worse and still come back, but Palaniuk stormed forth with seven straight finishes in the money, none worse than 29th, including five in the Top 12 and a win, to prove the pundits wrong.

While Palaniuk had previously demonstrated an incredible aptitude and work ethic, with a B.A.S.S Nation championship, seven Bassmaster Classic appearances and two Elite Series wins prior to 2017, it’s not entirely coincidental that this major career leap occurred in the first year of his partnership with Zoom Bait Company.

“It’s really the best fit I could have possibly gone with,” he said. “They have multiple baits in every category for every technique that I might use. I have 100 percent confidence in them and that’s irreplaceable.”

While he struggled at Okeechobee, that tournament came down to location and decision making rather than bait selection. While Palaniuk dug himself a hole there, his time on the water allowed him to dial in presentations that paid dividends later. He flipped a Zoom Z Hog and Z Hog Jr. and used a bladed jig with a Z Craw on the back. “It has a flatter profile than other trailers, which keeps it higher in the water column,” he explained. “It has tons of action, even on the fall. It’s creating just as much action on the fall as it is on the retrieve.”

After a difficult Bassmaster Classic, he turned his season around on Toledo Bend, a lake where he’d had substantial success in the past. Once again, he used a green pumpkin bladed jig with a California 420 Z Craw on the back. To that, he added a white swim jig with a matching Super Speed Craw for a trailer. While many anglers might’ve used the same trailer for both, Palaniuk saw the subtle differences that paid off in a televised flurry of five bass in six casts. “I wasn’t as much swimming the jig as popping it and cracking it a little bit. It has a wider, bigger profile, and it makes a bunch of commotion, then pauses. I like that little bit of delay.” He kept it tied on for a 19th place finish at Ross Barnett, but also fished a white Horny Toad on a buzzbait and punched a Z Hog Jr. and an Ultra Vibe Speed Craw, both in junebug. Once again, many anglers would’ve chosen one punch bait or the other, but Palaniuk kept both tools in his arsenal to change the rate of fall and the amount of vibration being generated. 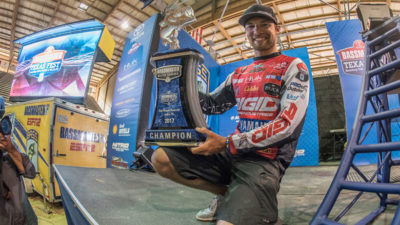 If anyone doubted that Palaniuk could play both the finesse game and the power game, he put those doubts to rest at Sam Rayburn, where he earned his third Elite Series win with a whopping 93 pounds of Texas bass over four days. For some of his fish, he Neko rigged a green pumpkin Zoom Magnum Trick Worm on spinning gear and 10 pound fluorocarbon, and for others he utilized the big daddy of the Zoom lineup – a plum Ol’ Monster.

“It had only been four years since I’d won, but it felt like a really long time,” he said. “It was just an awesome week. I knew exactly what was going on. When that happens, it’s just a special feeling. I knew exactly which bait I needed to throw.”

He kept his foot on the gas at Dardanelle in Arkansas, with another Top 12, this time using the exact same swim jig that had helped him in earlier events. “I kept it tied on for a long time,” he joked. But that wasn’t the only Zoom product that led him to another Sunday appearance. He fished a California 420 Z Hog on an articulated jighead, fished a Z3 Trick Worm (Z3 Edge and Green Pumpkin with purple flake) on a shakey head, and also dropshotted a Z3 Original Zoom Worm in Hologram Dawn to get the job done. “I needed all of them. I’d cycle through all of the baits on the same spot. It was really tough to get bit so I had to have all of those options.”

While Palaniuk is notorious for preferring to be unaware of where he stands in the AOY race, heading into the Northern Swing with four straight solid finishes, he knew he must be near the top of the leaderboard. He’d previously won at the St. Lawrence and was well aware he was “in a position to make a run at it.” While he didn’t claim another win, he finished 3rd, catching the majority of his fish on a Green Weenie Z Drop. While he mixed in some hard baits for a matching 3rd place finish at the subsequent event on Champlain, once again, the Z Drop was a major player in his success.

Heading into the final event on St. Clair, he knew he was in the AOY lead, but he also had mixed feelings about the venue. He doesn’t believe the big Michigan bowl fits his style of fishing, but once again the Z Drop – this time in both Green Weenie and Purple Smoke – carried him to another solid result. 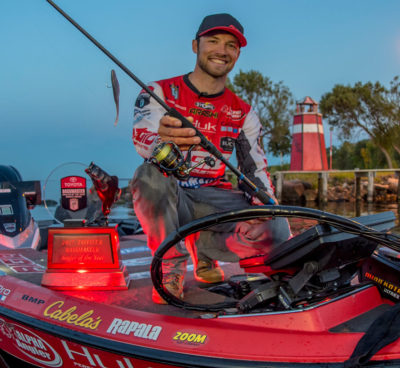 “That purple smoke is essentially translucent gray and purple,” he said. “It looks a lot like a goby and a lot like many other baitfish patterns, like alewives and shad. It’s a good crossover pattern.”

He used that same color pattern extensively to close out the deal at the AOY Championship on Mille Lacs, a lake that, unlike St. Clair, fits his preferences like a glove. This time he’d be dropping lures directly on specific targets, and he knew the Minnesota bass liked a bigger minnow profile bait on a dropshot. He called Zoom, and they “unretired” the Purple Smoke pattern in the Super Fluke.

“I had confidence in that shape and color combined in a package,” he explained. Three days of fishing later, he was crowned the champ. “I felt like I would win it at some point, but I didn’t know when. Now that I have it in my hands, I’m thinking about how do I make the most of it for myself and for my family, and also to grow the sport. At the same time, the competitor in me says ‘What’s next?’ 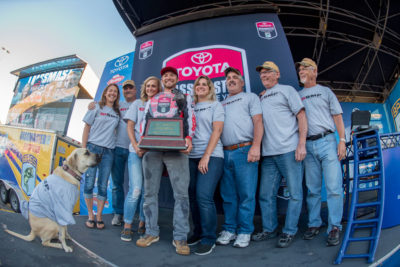 “I want to win a Classic, and I would love to do it next year, at Hartwell, coming off the AOY. The AOY may be the most prestigious title, but you don’t make a living off of it. From a media and business standpoint, the Classic is still the biggest thing. I just want to win everything that I fish.”

Clearly, Palaniuk is an angler who has risen quickly and still has room to grow, a fact that should scare the daylights out of much of the competition. He also has the full support of Zoom’s wide-ranging scope of lures.

“If I don’t get bit when I’m fishing them, it just means the fish aren’t there,” he said. “I don’t worry about switching baits. I just switch areas.”

Check out the Zoom Baits – 2017 Bassmaster Angler of the Year Brandon Palaniuk – used throughout the year: 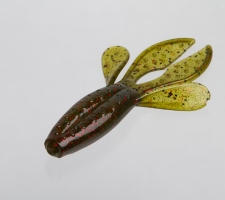 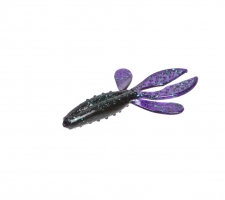 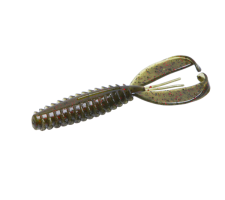 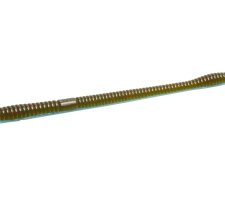 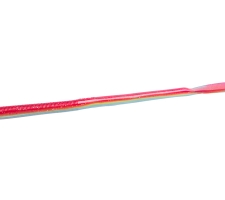 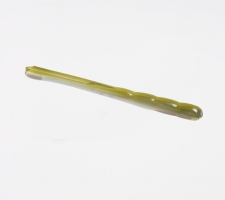 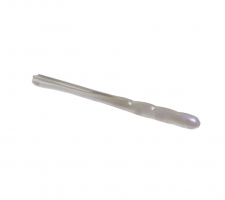