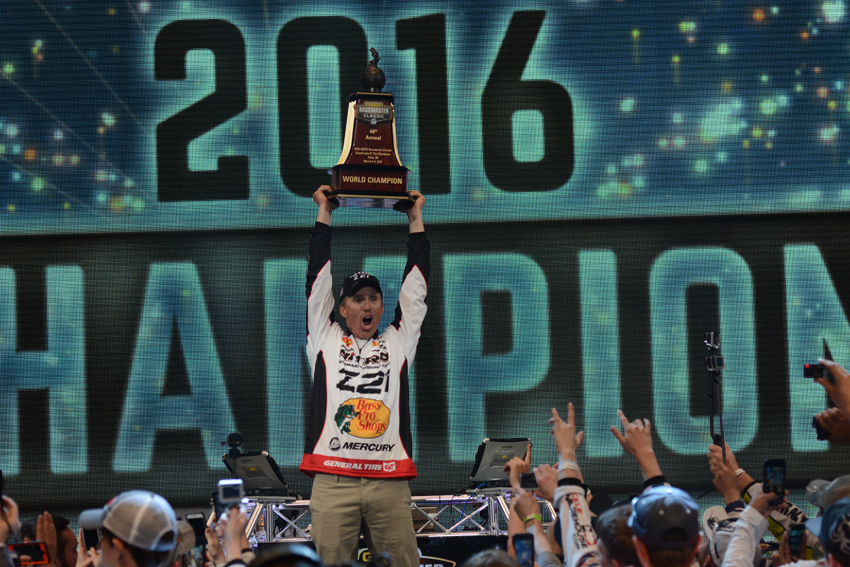 Much has been made of the 29 pound 3 ounce limit that Edwin Evers weighed in on Day Three of the Bassmaster Classic to claim the trophy – and rightfully so, as he bulled his way from third place into the lead and won by a massive margin of over 10 pounds. There’s been less ink spilled on his second day catch, the one that put him in position to make that final day charge.

Heading into Day Two, Evers was in 13th place on the strength of a good-but-not-great Day One catch of 13-12. He moved up to 3rd by virtue of his 17-08 limit, the best bag of the day, and his key tool was a black/blue ZOOM Z-Hog Jr.

“That’s my all time confidence bait,” he said. “It’s in my rod box 365 days a year. I got to a point in the tournament where I had to do something just to get some bites and that’s what I pulled out.”

“What’s perfect about it is the mixture of plastic,” Evers concluded. “Some other creature baits are too soft or too thin and you constant have to push the hook back into the plastic or you’ll get hung up. Others are too hard and you have trouble getting good penetration on the hook set. This one is exactly right.” 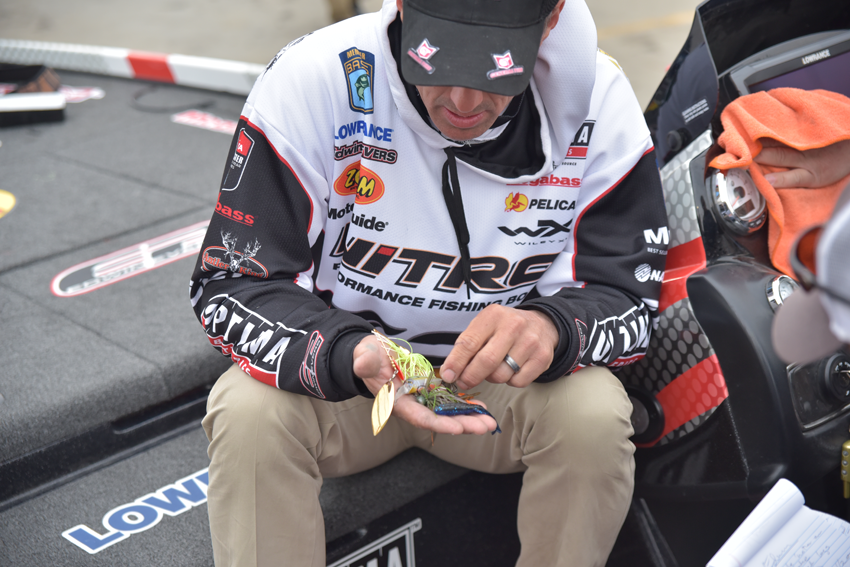 Edwin Evers used a variety of lures to win the 2016 Bassmaster Classic, including a crankbait, a spinnerbait, a jig and a creature bait. There was nothing fancy about it, no secret colors or lures, just proven standards that work from coast to coast. When it was time to pull out a ZOOM Z-Hog Jr. to pitch or a Critter Craw to put on the back of his jig, he likewise kept the color choices simple.

His Z-Hog Jr. was black/blue and his Critter Craw was green pumpkin, two of the most popular colors used anywhere that bass swim. 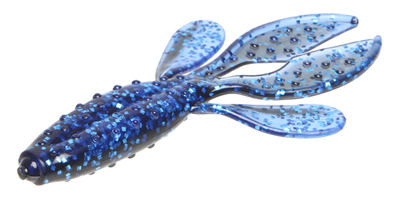 “When I do seminars, I tell people that we make fishing too complicated,” he explained. “You can probably get away with two or three colors from New York to California to Florida. The important thing is figuring out where they live.”

Grand Lake was dirtier than usual and that demanded the penetrating visibility of the black/blue combo. “It has a lot of blue sapphire in it, so when you lift it up it gives off a flash,” he explained. “That triggers those bites in muddy water.”

When he went to his Elk River magic spot on Day Three, the water was clearer, so he went “180 degrees in the opposite direction,” with a green pumpkin Critter Craw threaded on the back of an Andy’s Custom Bass Lures E Series Finesse Jig (green craw). “That’s just a good crawfish imitation anywhere you go,” he said.

The win wasn’t easy, but his lure choices were – two ZOOM standards and two colors that never let him down.