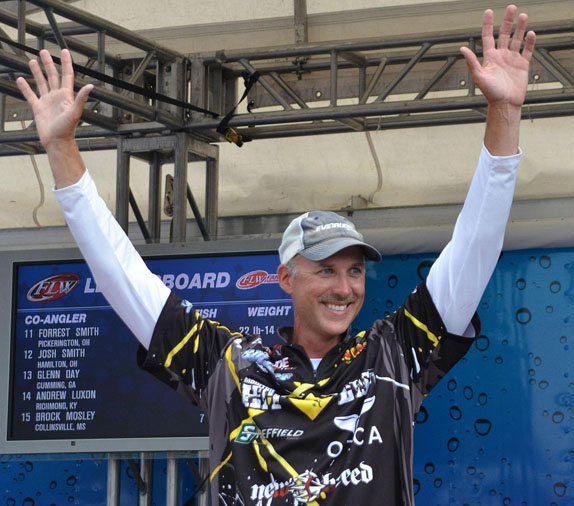 After a season of bringing in big fish after big fish, Andy Morgan was named the FLW 2013 Angler of the Year!

“Being the AOY is all about consistency,” Morgan, who finished fifth overall, said. “I thought I blew it with a bad finish earlier in the year, but I had some good performances, including a fifth here. The name of the game is consistency, but there’s nothing sweeter than to come here and be named the AOY in front of the home crowd… It’s sweet as sugar.” Morgan’s thoughts his performance at the Walmart FLW tour event at Lake Chickamauga in Dayton and winning the 2013 AOY title!

Click here to view a video interview of Morgan reflecting on his 2013 AOY title win!