We recently caught up with Zoom pro Andy Montgomery.  Read the Q & A with Montgomery for an insight on how his season has been and his thoughts on the upcoming events in Bassmaster Elite Series. 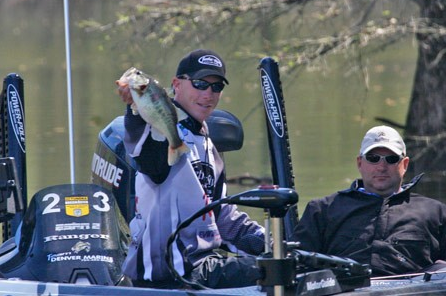 Andy, How would you rate your season so far?

It has been good, I guess. St. John’s still kind of eats me alive just because I made one terrible decision the first morning. It was a decision that I shouldn’t have made.  It was kind of a scared decision where I went to try to catch a limit when I should have went straight to where I knew the tournament could have been won, or probably would be won.

What do you think lead to that decision?  What was your thought process on that?

I knew that it was going to be a big crowd fishing in that one little place in Lake George and I thought I would have this other little area to myself. I only saw one big fish in the area that I actually fished in during practice, so it was just an awful decision. If I wouldn’t have made that one decision, I feel like I would be in the top ten in the angler year points.

So aside from that one decision, how would you say you have done?

I have caught them pretty good everyday of the year except for the 3rd day at the Harris chain.  I was actually 9th going into the 3rd day and I didn’t catch them good, but it really wasn’t anything I did.  I still feel like I made good decision, they just didn’t bite for me.

What has been your biggest surprise this year on the Bassmaster Tour?

There haven’t really been a whole lot of surprises. I have fished against a lot of these guys before in PAA or FLW events so there weren’t many surprises.  The crowds have been pretty impressive.  The crowds are a lot bigger than I expected.

What were your expectations coming into the season this year?

It is really strong.  It was just like St. John, if you make one bad decision they’ll eat you alive.  Thankfully that is the only bad decision I have made all year.  Hopefully in the end it doesn’t come back to haunt me.  It was one of those things that didn’t feel right to start with and I kind of knew it was the wrong decision before I even did it.  That is what makes it even worse.

What is your typical routine as far as preparing for a tournament?  Do you do a lot of pre-fishing or what’s your practice routine?

I fish shallow so much that pre-fishing doesn’t do me a lot of good.  So I basically just show up and go. Actually in the tournaments, I run a lot of new water, so I am more of a pattern fisherman.  I really like to run patterns where I can run in new water everyday like I did at Pickwick.  I made good decisions, but I lost a couple of really big fish the 3rd day that would have put me in the top 10.

Do you think it is an advantage to run new water each day?

Yeah, that did not come overnight though because it took me several years of getting confidence to do it. Now I have confidence to run new water.

Is it just about repeating the pattern?  Or is it having the experience and seeing or recognizing something different and being able to pick up on it?

It is a little bit of both.  Really it boils down to having the confidence to run in places you’ve never seen in your life.  Places you haven’t seen in practice or haven’t fished in the tournaments.  You are just driving down the bank looking for something, and when you can do that, a lot of times you can catch them.

A lot of guys use the term junk fishing, is that kind of what you are talking about?

Absolutely.  I am a junk fisherman, big time.

What would you consider your favorite technique or favorite Zoom bait?

Actually, I throw a Jig a lot and I throw it with a big salty chunk.  I go wild on some Zoom baits.  Another thing that I have made a lot of money on, that a lot of people don’t do, is flipping a Zoom Super Hog.

Is that mainly sight fishing or is that all kinds of flipping?

It is both.  I sight fish with it and I flip it, I flip it in grass a lot.  In my opinion, it is one of the most underrated flipping baits there is. It is pretty compact so it slides in and out of the grass or brush real easy, and they bite it.

What are your favorite colors in that? 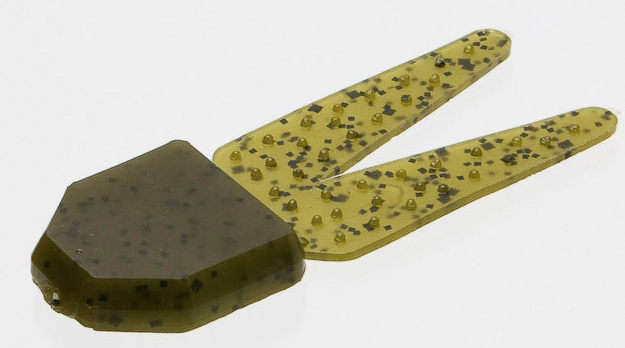 In Toledo Bend you used the jig with the salty trailer, the Big Salty Chunk, right?

Yes.  But the first day I actually caught them on the super hog sight fishing.

Was that all Green Pumpkin Blue?

No, I actually used the white one for sight fishing and then the trick worm was a Junebug.

At the Harris chain?

Yes.  And then, at Pickwick I caught some flipping the jig with a Big Salty Chunk and then the Super Hog in the Green Pumpkin Blue.