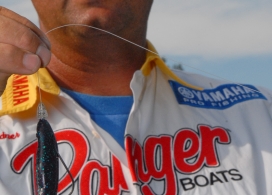 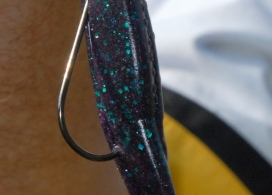 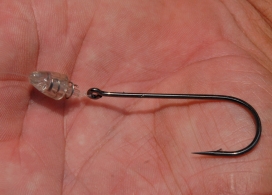 After all, the pure physics of a bass sucking in a fast-moving hunk of plastic off the surface stacks the odds against the angler. Add to that the challenge of driving a hook through the plastic and into the fish’s jaw.

“First of all, it’s important to understand that you’re not going to hook every fish that bites a Toad,” Baumgardner advised. “But at the same time the Toad is a one-of-a-kind lure – it gets bites that no other lure can get because of its unique action and noise. So it’s a trade off: you get bites that others don’t, but you’re not going to get all of them in the boat.”

For that reason, Baumgardner relies on a 7-1/2-foot heavy-action rod teamed with a 7.1:1 high-speed reel. His rod of choice is an American Rodsmiths Magnum Casting Rod and his reel is a Revo STX high-speed.

As for line, Baumgardner is not a big fan of braided line and instead opts for 17- and 20-pound test Trilene 100% fluorocarbon.

“Braided line is fine for a Toad,” he noted, “I know a lot of guys who use like a 30- to 50-pound braid on a Toad and it works fine. I’ve just always liked fluorocarbon. The important part is the rod and reel; you’ve got to have a long rod that can take up a lot of line on a hook set and then have the power to drive the hook home. A high-speed reel helps keep the toad up and buzzing without wearing yourself out on the reel handle.”

From there, Baumgardner swears by a big heavy-gauge straight shank hook. His personal choice is a Bass Pro Shops 5/0 XPS hook. But the trick behind his rig is a unique item called a Screwed-up Bullet. The Screwed-up Bullet is essentially a screw-in bullet weight, minus the weight. It’s a clear plastic screw-in device that simultaneously serves as both a nose cone and a keeper for the Toad.

A couple of other tips Baumgardner offers for better hook ups on the Toad is to keep reeling until the fish gets it.

“The hardest part of Toad fishing is not to snatch it away when the fish blow-up on it,” Baumgardner said. “Sometimes they’ll blow-up on it two or three times before they actually eat it. It takes nerves of steel, but you have to keep reeling the Toad until you actually feel the fish grab it.”

Also Baumgardner says he keeps a Texas-rigged worm or a jig at the ready to follow-up on missed strikes. Sometimes pitching right back to the hole where a short strike occurred on a Toad gets rewarded with a bite. 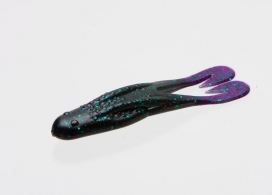 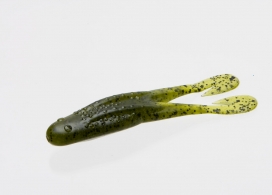 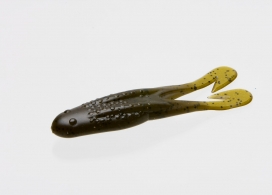 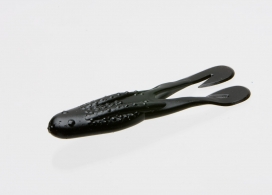 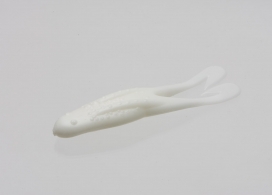 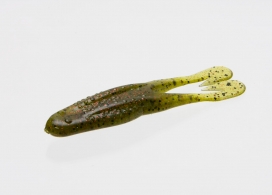 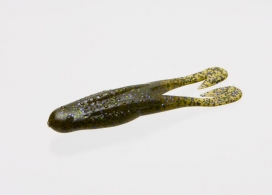 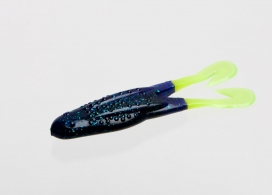 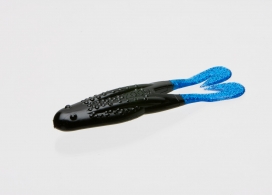 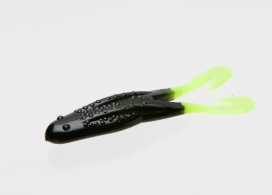 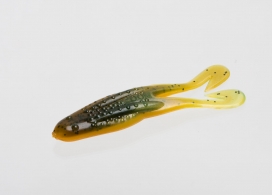 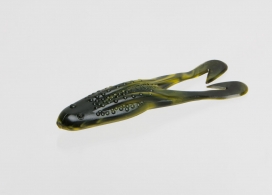 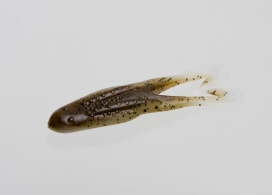 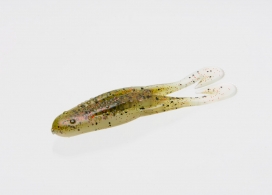 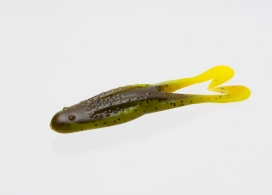 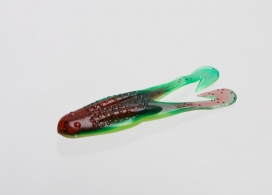