The new Magnum Shakey Head is a longer version of the original Shakey Head. Zoom professional Gerald “G-Man” Swindle is really excited about the new product and its many applications.

Much like its smaller counterpart, the Magnum Shakey Head has a tapered tail and a fat head, but the length of the worm is a key difference.  While the regular Zoom Shakey Head is 5-inches long and most often fished on 6-pound line with an 1/8-ounce head, this new magnum version measures 7 inches in length and can be fished on heavier fluorocarbon with a larger jighead.

“Sometimes the big bass want bigger baits,” Swindle said as he discussed the new Magnum Shakey Head.  “This new bait gives anglers a way to fish the original shakey head technique with a bigger bait.  Now I have a worm that is bigger in size, longer and has an extreme amount of action, which is key to catching the large bass.”

According to Swindle, the Magnum Shakey Head is a great option in cold front conditions when bass are lethargic.  With its bigger profile and additional movement in the water, it will catch more fish when they’re less active.

Swindle is looking forward to using the Magnum Shakey Head on the Coosa River, as he believes the spotted bass will be heavily attracted to the new Zoom bait.

“It has phenomenal action, and I believe it will be great for catching spotted bass that are historically known for being attracted to the 5-inch finesse worm,” Swindle said.  “Everyone throws smaller baits for spotted bass, but I believe the Magnum Shakey Head will be my best bet.”

While fishing slow, the Magnum Shakey Head works best with a 1/4-ounce head, 10-pound fluorocarbon, a 6-foot, 6-inch, medium heavy spinning rod and a 5:1 spinning reel.  Ten-pound line is not huge, but provides additional strength to handle the big fish.

According to Swindle, the Magnum Shakey Head will be great on offshore structures such as river ledges or rock piles on the tops of humps.  He also believes it will prove effective around boat docks.

“Throw it out and fish it with the basic style of a finesse worm,” Swindle explained.  “Make long casts and let the worm settle to the bottom.  Barely move the rod top an inch or two per twitch, and the worm will slowly move along the bottom.  The natural-looking worm seems to crawl along the bottom with its tail waving.”

Anywhere spotted bass are found, the Magnum Shakey Head shouldn’t be too far behind, according to the Alabama resident.  Texas lakes like Amistad are great locations to try out the new bait because of the clear water and the giant, yet finicky fish.  Lake Guntersville is also a good spot.  As the water clears in the summertime, the fish get lethargic, creating perfect conditions for the Magnum Shakey Head to shine.

When it comes to colors, the Magnum Shakey Head is available in 11, and Swindle’s favorites are Mardi Gras and Junebug.

“Those are the two colors I seem to catch fish on all over the country,” Swindle said.  “Zoom’s Junebug and Mardi Gras are two of the best big fish colors ever.” 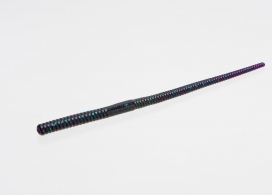 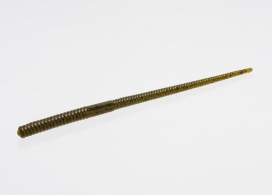 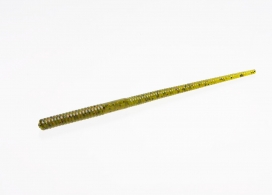 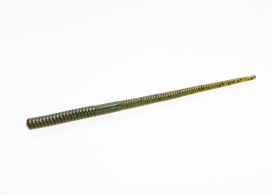